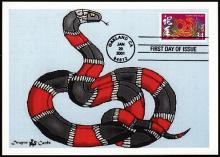 Long-term studies have revealed population declines in fishes, amphibians, reptiles, birds and mammals. In birds, and particularly amphibians, these declines are a global phenomenon. Among reptiles, snakes are top predators and therefore a decline in their numbers may have serious consequences for the functioning of many ecosystems. Our results show that, of 17 snake populations (eight species) from the UK, France, Italy, Nigeria and Australia, 11 have declined sharply over the same relatively short period of time. "All the declines occurred during the same relatively short period of time and over a wide geographical area that included temperate, Mediterranean and tropical climates," write the authors. "We suggest that, for these reasons alone, there is likely to be a common cause at the root of the declines and that this indicates a more widespread phenomenon." Although the paper stresses there is no proof of the cause of the losses, the researchers say they "suspect" loss or deterioration of habitats and declining prey are among the main problems faced by snake populations. 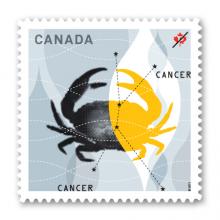 India is going to be hit by cancer of the urinary bladder and kidney in an epidemic form due to constant rise in pollution of rivers and groundwater due to presence of insecticides and chemicals, said eminent surgeon and FRCR, Dr Ashok Tahiliani after returning from attending a treatment workshop at Causeway hospital, United Kingdom. During his stay there he was involved in the treatment of bladder cancer, prostate cancer and patients with difficult urinary stone diseases. In India cases of urinary bladder cancer and prostrate cancer have increased. In the west, cancer of prostrate is the most common cancer and has surpassed lung cancer. He suggested that it is therefore very necessary that the various rivers and environment should be cleaned.

It has become increasingly difficult for people to get reliable and critical scientific information for deciding not only which technologies to adopt, but more importantly, which scientific research to support on the basis of social, ethical, environmental and aesthetic merit. There is a widespread and mistaken assumption that science is neutral or ‘value-free’ and hence beyond reproach, so it is only the technology arising from the science that can be good or bad. Science, as opposed to religious dogma, is not about certainties; it is changing all the time. But, as in any other field of human endeavour, the status quo tends to hang on for far too long, because of vested interests in huge profits, top jobs, big research grants, and personal prestige and reputation. It is incredibly hard for new findings and new ideas to get a hearing in the wider scientific community, or for old, discredited theories to die. And all the more so when the old guard are backed by big corporations that have taken over every sector of society including our most sacred and revered academic institutions. Corporate interests have so thoroughly infiltrated our academic institutions that scientists are no longer free to work for the public good or tell the truth, or do anything new and exciting. Honest scientists who insist on doing so are persecuted and victimised, and by their own academic institutions that should be protecting and defending them. 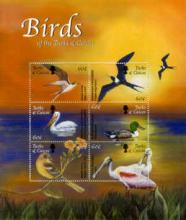 According to the South Florida Wading Bird report, released this week, wading and diving birds built about 26,395 nests in the region, a 39 percent decline in the 10-year average. This was the third consecutive year nesting numbers have been down after a spike in 2009, which produced 77,505 nests, the highest total since the 1940s. 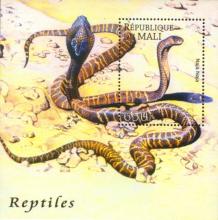 The fungus Batrachochytrium dendrobatidis (Bd ) causes a lethal skin disease of amphibians, chytridiomycosis, which has caused catastrophic amphibian die-offs around the world. This review provides a summary of host characteristics, pathogen characteristics and host-pathogen responses to infection that are important for understanding disease development.

There is growing evidence that a new class of pesticides -- nerve toxins called neonicotinoids, which are used on most US crops including almost all corn -- may be toxic to bees. The Environmental Protection Agency allowed neonicotinoids on the market without adequate tests to determine their toxicity to bees. Environmentalists want neonicotinoids banned until needed safety tests are done. While the US government is slow to act and neonicotinoid sales reap billions for the chemical industry, bees continue to die. Earth Focus reports: http://www.linktv.org/video/8123/killing-bees-are-government-and-indust… 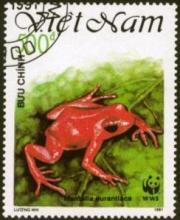 Amphibians are currently suffering devastating declines and extinctions in nearly all parts of the world due to the emerging infectious disease chytridiomycosis caused by the chytrid fungus, Batrachochytrium dendrobatidis. Because chytridiomycosis is a skin infection and remains confined to the skin, immune defenses of the skin are critical for survival. Skin defenses include secreted antimicrobial peptides and immunoglobulins as well as antifungal metabolites produced by symbiotic skin bacteria. Low temperatures, toxic chemicals, and stress inhibit the immune system and may impair natural defenses against B. dendrobatidis. Tadpoles’ mouth parts can be infected by B. dendrobatidis. Damage to the mouth parts can impair growth, and the affected tadpoles maintain the pathogen in the environment even when adults have dispersed. Newly metamorphosing frogs appear to be especially vulnerable to infection and to the lethal effects of this pathogen because the immune system undergoes a dramatic reorganization at metamorphosis, and postmetamorphic defenses are not yet mature. Here we review our current understanding of amphibian immune defenses against B. dendrobatidis and the ability of the pathogen to resist those defenses.

Pathogenic diseases and environmental contaminants are two of the leading
hypotheses for global amphibian declines, yet few studies have examined the influence of contaminants on disease susceptibility. In this study, we examined effects of ecologically relevant doses of atrazine (0, 1.6, 16, and 160 ug/L), sodium nitrate (0, 6.8, 68 mg/L), and their interactions on susceptibility of four laboratory-bred tiger salamander families to Ambystoma tigrinum virus (ATV), a pathogen implicated in global amphibian die-offs. 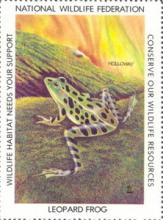 We show that the widely used herbicide, atrazine, was the best predictor (out of more than 240 plausible candidates) of the abundance of larval trematodes (parasitic flatworms) in the declining northern leopard frog Rana pipiens. The effects of atrazine were consistent across trematode taxa. The combination of atrazine and phosphate—principal agrochemicals in global corn and sorghum production—accounted for 74% of the variation in the abundance of these often debilitating larval trematodes (atrazine alone accounted for 51%). Analysis of field data supported a causal mechanism whereby both agrochemicals increase exposure and susceptibility to larval trematodes by augmenting snail intermediate hosts and suppressing amphibian immunity. A mesocosm experiment demonstrated that, relative to control tanks, atrazine tanks had immunosuppressed tadpoles, had significantly more attached algae and snails, and had tadpoles with elevated trematode loads, further supporting a causal relationship between atrazine and elevated trematode infections in amphibians. These results raise concerns about the role of atrazine and phosphate in amphibian declines, and illustrate the value of quantifying the relative importance of several possible drivers of disease risk while determining the mechanisms by which they facilitate disease emergence.