European food safety officials have condemned a controversial study that suggested genetically modified vegetables caused tumors in rats and some advocates are calling upon the publishers of the journal in which it appeared to issue a formal retraction. The paper in question was written by University of Caen researcher Gilles-Eric Seralini and suggested that rodents developed tumors and suffered from multiple organ failure after consuming genetically altered corn produced by St. Louis-based Monsanto, according to Kate Kelland of Reuters. In response to criticisms, Reed Elsevier, publishers of Food and Chemical Toxicology, published a statement on their website claiming that Seralini’s work had been “objectively and anonymously peer reviewed.” Furthermore, they said that the authors had made “a series of revisions” and that only then was “the corrected paper then accepted by the editor,” according to E.B. Solomont of the St. Louis Business Journal.

European food safety officials have condemned a controversial study that suggested genetically modified vegetables caused tumors in rats and some advocates are calling upon the publishers of the journal in which it appeared to issue a formal retraction. The paper in question was written by University of Caen researcher Gilles-Eric Seralini and suggested that rodents developed tumors and suffered from multiple organ failure after consuming genetically altered corn produced by St. Louis-based Monsanto, according to Kate Kelland of Reuters. In a letter to the editor of the journal Food and Chemical Toxicology, which originally published the research, Maurice Moloney, head of the Rothamsted Research agricultural study group, called the paper “seriously deficient in its design, its execution and its conclusions,” Reuters added. Moloney added that it was “appalling” that a “respected” journal would publish the study. In response to those criticisms, Reed Elsevier, publishers of Food and Chemical Toxicology, published a statement on their website claiming that Seralini’s work had been “objectively and anonymously peer reviewed.” Furthermore, they said that the authors had made “a series of revisions” and that only then was “the corrected paper then accepted by the editor,” according to E.B. Solomont of the St. Louis Business Journal. The journal also said its editors and publisher would review its peer review process to ensure its standards are appropriate. ‘If we conclude that changes need to be made to the peer review process, that will be communicated openly to readers of the journal,’ the journal said,” Solomont added.

“Critically endangered” is the highest threat level that can be assigned to a wild species (lower levels are “endangered” and “vulnerable”). These species are either facing an extremely high risk of extinction, or have numbers which decreased (or will) by 80% within three generations. Some of these species may already be extinct. 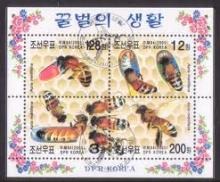 The safety of the world's most widely used insecticide has been questioned by a parliamentary inquiry, with MPs accusing regulators of "turning a blind eye" to the risk for bees. A growing body of scientific evidence has linked the widespread use of neonicotinoid pesticides on crops to a serious decline in the bees and other pollinators, which are vital in producing a third of all food. The inquiry has uncovered evidence, apparently ignored by regulators, that the toxic insecticide can build up in soil to levels likely to be lethal to most insects, including the bees that overwinter in soil. "European regulators seem to have turned a blind eye to data on the danger that one of the world's biggest selling pesticides could pose to bees and other pollinators," said Joan Walley MP, chair of the Environmental Audit Committee (EAC). "Evidence seen by the committee raises serious questions about the integrity, transparency and effectiveness of EU pesticides regulation. Data available in the regulators' own assessment report shows it could be 10 times more persistent in soils than the European safety limit." 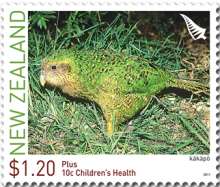 Due to a major policy report released last month by the American Academy of Pediatrics (AAP), the Northern New England Poison Center (NNEPC) may be fielding a different type of call in the coming years — potential long-term pesticide poisonings due to exposures in back yards or school and municipal playgrounds. The AAP report said there is a growing body of evidence showing the relation between pesticides and negative health impacts to children. " The past decade has seen an expansion of the epidemiologic evidence base supporting adverse effects after acute and chronic pesticide exposure in children," according to the report, "Pesticide Exposure in Children." The report and policy recommendations were published in the December issue of the journal Pediatrics. It said "prenatal and early childhood exposure to pesticides is associated with pediatric cancers, decreased cognitive function and behavioral problems." The AAP report has moved closer to Canadian research efforts which, beginning more than a decade ago, found a scientific connection between pesticide use and early childhood diseases. These studies have prompted the ban of certain types of pesticides at certain locations in a number of municipalities and provinces in Canada. 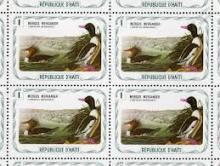 The American Bird Conservancy (ABC), in comments submitted to EPA, stated that preliminary results of a study it is conducting show that EPA is underestimating the aquatic toxicity to birds and other wildlife of the neonicotinoids based on preliminary research results conducted at Carleton U. by Pierre Mineau, an environmental toxicologist with Environment Canada and a Carleton U. adjunct faculty member in Ottawa, ON. ABC is preparing a comprehensive review of the neonicotinoids' effects on birds and including recommendations to EPA on how to better assess those chemicals’ risks. The review is expected to be completed by February. If adopted by EPA, the study's recommendations would serve as yet another change to the agency’s ecological risk assessments for the neonicotinoids. 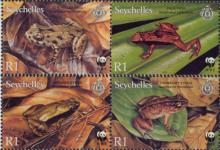 Current pesticide risk assessment does not specifically consider amphibians. Amphibians in the aquatic environment (aquatic life stages or postmetamorphic aquatic amphibians) and terrestrial living juvenile or adult amphibians are assumed to be covered by the risk assessment for aquatic invertebrates and fish, or mammals and birds, respectively. This procedure has been evaluated as being sufficiently protective regarding the acute risk posed by a number of pesticides to aquatic amphibian life stages (eggs, larvae). However, it is unknown whether the exposure and sensitivity of terrestrial living amphibians are comparable to mammalian and avian exposure and sensitivity. We reviewed the literature on dermal pesticide absorption and toxicity studies for terrestrial life stages of amphibians,
focusing on the dermal exposure pathway, that is, through treated soil or direct overspray. In vitro studies demonstrated that cutaneous absorption of chemicals is significant and that chemical percutaneous passage, P (cm/h), is higher in amphibians than in mammals. In vivo, the rapid and substantial uptake of the herbicide atrazine from treated soil by toads (Bufo americanus) has been described. Severe toxic effects on various amphibian species have been reported for field-relevant application rates of different pesticides. In general, exposure and toxicity studies for terrestrial amphibian life stages are scarce, and the reported data indicate the need for further research, especially in light of the global amphibian decline. 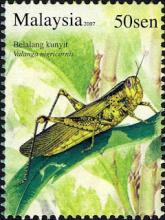 The current terrestrial risk assessment of insecticides regarding nontarget arthropods considers exclusively beneficial organisms, whereas herbivorous insects, such as grasshoppers, are ignored. However, grasshoppers living in field margins or meadows adjacent to crops may potentially be exposed to insecticides due to contact with or ingestion of contaminated food. Therefore, the present study assessed effects of five active ingredients of insecticides (dimethoate, pirimicarb, imidacloprid, lambda-cyhalothrin, and
deltamethrin) on the survival of Chorthippus sp. grasshopper nymphs by considering two routes of exposure (contact and oral). The experiments were accompanied by monitoring field margins that neighbored cereals, vineyards, and orchards. Grasslands were used as reference sites. The laboratory toxicity tests revealed a sensitivity of grasshoppers with regard to the insecticides tested in the present study similar to that of the standard test species used in arthropod risk assessments. In the field monitoring program, increasing grasshopper densities were detected with increasing field margin width next to cereals and vineyards, but densities remained low over the whole range of field margins from 0.5 to 20m next to orchards. Grasshopper densities equivalent to those of grassland sites were only observed in field margins exceeding 9m in width, except for field margins next to orchards. These results may indicate that current insecticide risk assessments are insufficiently protective for grasshoppers in field margins. 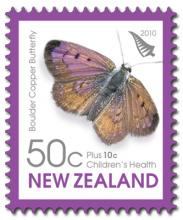 Smoking during pregnancy can treble the baby’s chance of developing meningitis, researchers warn, and children exposed to smoke from a parent’s cigarettes at home are twice as likely to have the deadly illness. Scientists estimate that more than 600 children a year in Britain develop meningitis as a result of their parents’ second-hand smoke. They think that passive smoking gradually weakens children’s immune system making them more susceptible to the illness. Every year around 2,500 people develop meningitis a year in Britain although it is most common in the under 5s. Up to 1 in 20 die and 1 in 6 are left severely disabled. 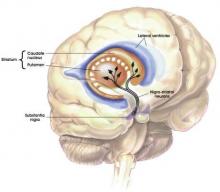 Pathological studies on Parkinson's disease (PD) patients suggest that PD pathology progresses from the enteric nervous system (ENS) and the olfactory bulb into the central nervous system. We have previously shown that environmental toxins acting locally on the ENS mimic this PD-like pathology progression pattern in mice. Here, we show for the first time that the resection of the autonomic nerves stops this progression. Moreover, our results show that an environmental toxin (i.e. rotenone) promotes the release of alpha-synuclein by enteric neurons and that released enteric alpha-synuclein is up-taken by presynaptic sympathetic neurites and retrogradely transported to the soma, where it accumulates. These results strongly suggest that pesticides can initiate the progression of PD pathology and that this progression is based on the transneuronal and retrograde axonal transport of alpha-synuclein. If confirmed in patients, this study would have crucial implications in the strategies used to prevent and treat PD.