Martha the passenger pigeon, who died 100 years ago, is being remembered this month as a prescient symbol of what can happen when man meets nature. A comprehensive new report finds that many more American bird species could meet the same fate. "Right now, about a third of all bird species in the US are in decline," says Steve Holmer of the American Bird Conservancy, one of the 23 organisations that contributed to the State of the Birds report, the most comprehensive review of bird trends and data ever undertaken in the US. "The decline points to a very broad-scale problem where we're seeing habitat loss and a variety of threats," he says. "We're particularly concerned about the birds that live in deserts and grasslands in the West, such as the sage grouse (Centrocercus urophasianus). These lands are being heavily used and there's a great deal of oil and gas development, so it's created a huge conservation challenge." Birds living on the coasts are faring no better. Almost half of all shorebird species, such as ruddy turnstones (Arenaria interpres), red knots (Calidris canutus) and piping plovers (Charadrius melodus), are either endangered or at risk of becoming endangered.

In Hawaii the situation is even worse. "Hawaii is the extinction capital of the world," says Pete Marra, director of the Smithsonian Institution's Migratory Bird Center. "We've seen about 10 extinctions in the past 40 years and all 33 species of endemic Hawaiian birds are in trouble."

Avian malaria is one of the biggest threats facing Hawaiian birds. The birds have no natural immunity to the disease.

"There are other invasive species there like cats, rats and mongoose," says Marra. "Biologists are working very hard to create enclosures to protect bird populations and keep those invasive species out or even remove them."

If it is hard to protect birds contained on an island, imagine the challenges when it comes to migratory birds that cross borders.

In 1903, President Theodore Roosevelt created the first federal bird reservation on Pelican Island in Florida. Since then there has been a raft of wildlife legislation including the Wilderness Act, the Migratory Bird Treaty Act and the Endangered Species Act.

In spite of such action, four more species have been added to this year's State of the Birds watch list. The whip-poor-will (Antrostomus vociferus; synon. Caprimulgus vociferus), chuck will widow (Antrostomus carolinensis; synon. Caprimulgus carolinensis), bobolink (Dolichonyx oryzivorus) and evening grosbeak (Coccothraustes vespertinus) have become the latest of a total of 230 bird species that are endangered or at risk of becoming endangered.

But experts say that without such legislation, the plight of birds in the US would be even worse.
"In cases where we have done the planning, spent the money, figured out the right recipe for conservation, we find that conservation does in fact work," says Holmer. "We are seeing a number of species coming back very quickly now - the bald eagle is a great example."

Wetlands have also benefitted enormously from conservation, says Dan Ashe, director of the US Fish and Wildlife Service. The North American Wetlands Conservation Act protects a total area the size of Tennessee and has helped reverse declines in species such as the mallard and the blue winged teal.

"The optimistic message is that we can produce habitat for birds if we develop the land thoughtfully," says Ashe. "We can provide for economic use as well as the habitat that these species need."

Species on the brink of extinction are sure to grab headlines. But equally disturbing is the decline of birds that are still considered common, such as the eastern meadowlark (Sturnella magna) and nighthawk (Chordeiles minor). The State of the Birds identifies more than two dozen such species that are in "steep decline".

"We need to keep common birds common," he says.

But time is running out.

"The reality is that we have five, 10, maybe 15 years before we start seeing more declines," he says. "But some of these species don't have that much time and I don't want to see another species become extinct in my lifetime." 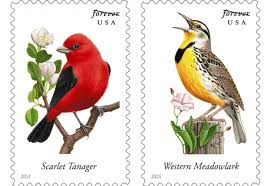