Chronic exposure to low levels of organophosphate insecticide may cause diabetes

A study by scientists at Madurai Kamaraj University, Tamil Nadu, has found evidence that chronic exposure to organophosphate insecticides induces diabetes and impaired glucose tolerance in both humans and mice. The researchers found that organophosphate-induced diabetes was mediated by gut bacteria. The results were published in the journal Genome Biology. A survey of around 3,000 people in villages in and around the university found that the prevalence of diabetes in people who were directly exposed to the insecticides was three-fold higher than in people who were not directly exposed to the insecticide. Serum analysis for four organophosphate insecticides revealed a direct correlation between pesticide level and HbA1c. “We saw a linear trend — for every unit increase in insecticide residue there was a corresponding increase in HbA1c level,” says Dr. Ganesan Velmurugan from the Department of Molecular Biology, School of Biological Sciences, Madurai Kamaraj University and the first author of the paper. Hemoglobin A1c, often abbreviated HbA1c, is a form of hemoglobin (a blood pigment that carries oxygen) that is bound to glucose. High HbA1c levels indicate poorer control of diabetes than levels in the normal range. To ascertain that chronic exposure to organophosphates led to diabetes, the researchers treated mice (2.9 microgram per kg bodyweight) with organophosphate for 180 days, which is equivalent to 12-15 years of human life. “We saw an increase in blood sugar level from day 60 in mice treated with the insecticide,” he says. “But we didn’t see any correlation between insecticide and neurotransmitter (acetylcholine esterase) level in mice treated with the pesticide.” The neurotransmitter is the main target of the pesticide.

“The mice that received the faecal material developed diabetes in just one week, while the control mice did not. We repeated the experiment thrice and got the same result,” Dr. Velmurugan says. “We concluded that organophosphate-induced diabetes was mediated by gut bacteria.”

To understand the molecular mechanism, the researchers did a complete gene profiling of gut bacteria present in mice that were exposed to the pesticide for 180 days. “We found the genes linked to organophosphate degradation were highly expressed,” he says. So they focussed on finding the pathway involved in the degradation of the pesticide.

The gluconeogenesis pathway — where glucose is generated from non-carbohydrate sources such as fat and proteins — was highly expressed. “The pesticide is degraded into short-chain fatty acid, particularly acetic acid. It is well known than acetic acid produces glucose, elevated blood sugar levels and glucose intolerance,” Dr. Velmurugan says.

They ascertained the role of acetic acid in elevating blood sugar level in mice by administering sodium acetate orally and through rectal route; the rectal route led to more blood sugar increase than the oral route.

The role of gut bacteria in mediating pesticide-induced diabetes was confirmed in humans by studying the faeces of diabetics. “The acetate level was higher in people with diabetes,” he says.

“The study clearly shows the prevalence of diabetic conditions mediated by microbial degradation of the pesticide in humans,” says Subbiah Ramasamy from the Department of Molecular Biology, School of Biological Sciences, MKU and the corresponding author of the paper. “So the usage of this pesticide should be seriously reconsidered.” 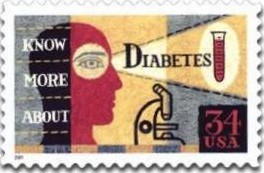