The greater prairie chicken (Tympanuchus cupido) once dominated the American Midwest, but today the bird is in trouble in many parts of its historic range. It is no longer found in Arkansas, Indiana, Kentucky, Michigan, Ohio, Tennessee, Texas or Wyoming, states where it once flourished. And in Illinois, an estimated 186 birds remain in two adjoining counties in the southern part of the state. "They used to be all over the state," said Illinois Natural History Survey conservation biologist Mark Davis, who participated in a genetic analysis of the Illinois birds. "This was the tallgrass prairie state. You couldn't throw a rock into a field without hitting a prairie chicken."

The reason for the decline is simple, Davis said. "We changed our land-use practices from having a lot of prairie, then to wheat, hay and alfalfa, and now to vast expanses of corn and soybeans," he said. "Prairie chickens used to have 20 million acres of prairie in Illinois. Now, they have around 2,000. At the same time, population size went from 10 to 14 million in the 1860s to the 100 to 200 or so we have today. There just isn't enough habitat."

Environmental officials have made two efforts to rescue Illinois' dwindling prairie chicken populations. Between 1992 and 1998, teams imported more than 200 prairie chickens from other states. "In Illinois, the first translocation brought in birds from all over the upper Midwest -- from North Dakota, Minnesota, Kansas and Nebraska," Davis said. "And for a short period of time, it seemed to work." More chicks survived to reproductive age, he said.

To understand how well the birds were doing long after that first translocation, Davis and his colleagues analyzed the DNA from feathers collected in the birds' courtship grounds from 2010-13. The researchers report their findings in the journal Royal Society Open Science. "What our paper reveals is that about 20 years after the translocation of new prairie chickens into Illinois, we see another decrease in genetic diversity and a decline in the number of birds," Davis said.

The study confirmed that the only two remaining populations of prairie chickens in Illinois -- one in Marion County and the other in Jasper County -- are genetically isolated from one another, Davis said. The birds have access to a few hundred acres of territory overall, but the land is subdivided by roads and power lines, which represent additional barriers. "They're also surrounded by an agricultural desert of corn and soybeans," Davis said.

The study identified 88 unique males using the courtship grounds, where the birds strut and boom to attract females. The team estimates that roughly the same number of females live in Illinois. "This is the issue that sage grouse are facing out West," Davis said. "This is the issue that lesser prairie chickens are facing in Texas and Oklahoma. These are big birds that need a big landscape that we don't have anymore."

There are still strongholds for prairie chickens in Kansas, Minnesota, Nebraska and South Dakota, Davis said. In western Minnesota, for example, a tradition of protection for game animals and a hefty excise tax on hunting and fishing licenses has allowed the state to purchase lands and protect a patchwork of interconnected grassland habitat, he said.

"Now you have this swath of restored prairie and the birds are doing really well -- so much so that a few years ago, on a very limited basis, Minnesota was able to have the first prairie chickens taken by hunting in many years," he said.

But Illinois has strong agricultural traditions, and Davis doesn't foresee a similar effort in the state. "Providing food for the world does come at a cost, and that cost is habitat for wildlife," he said. "To sustain prairie chickens in Illinois, we have two options," Davis said. "We can purchase and restore as much prairie habitat as possible. In lieu of that, we need to support the periodic translocations of new birds to Illinois to preserve this prairie icon."

Materials provided by University of Illinois at Urbana-Champaign. 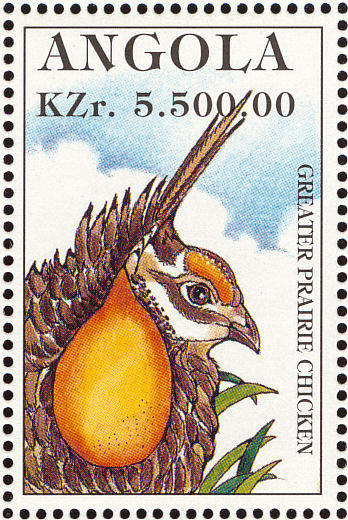