In his book, Dutch toxicologist Henk Tennekes (2010) makes the case that the contamination of surface water by neonicotinoids is so widespread in the Netherlands (and possibly elsewhere in Europe), that loss of insect biomass on a continental scale is behind many of the widespread declines that are being seen, be they of marsh birds, heath or meadow birds or even coastal species. This suggests that we should be looking at possible links between neonicotinoid insecticides and birds, not on a farm scale, but in the context of whole watersheds and regions. Impacts from the neonicotinoids may very well be further afield than the arable area on which they are used, and many of those impacts may be mediated through the aquatic environment.

Sanchez-Bayo and Goka (2007) and Sanchez-Bayo (2009) argued, as have some before them that the conventional method of assessing toxicity at fixed exposure times makes it difficult to extrapolate to exposures of different duration – whether shorter pulse exposures or prolonged exposures resulting from compound persistence. Using imidacloprid specifically, Sanchez-Bayo showed that a 48h LC50 of 390 ug/l for the ostracod Cypridopsis dropped 100 fold to 4 ug/l after a 5-day exposure period. This time dependence is not unique to neonicotinoids. However, the more toxicity is shown to be a function of time (keeping concentration equal), the more it can be argued that the compound is having an irreversible mode of action. This argument was made by Tennekes (2010) who likened the toxicity of neonicotinoid insecticides to a ‘one hit’ model of chemical carcinogenesis. Tennekes went on to describe how neonicotinoids closely follow Haber’s rule which states that the product of exposure concentration and duration has the same biological effect. In theory, this means that an infinitesimally small dose can result in a toxic effect provided duration of exposure is sufficient. He argued that the toxicity of neonicotinoids to both bees and aquatic organisms showed this characteristic. These insecticides bind almost irreversibly to invertebrate cholinergic receptors – which incidentally makes them very powerful insecticides and helps explain why their use has increased so dramatically over time. Despite Bayer Corporation’s protestations that the mode of action of imidacloprid is not irreversible (Maus and Nauen 2011), Tennekes (2011) counterargued successfully that evidence to date shows otherwise (despite minor deviations, the insecticide is dangerously close to showing irreversible activity) and even used some of Bayer Corporations’ earlier reports on imidacloprid’s mode of action to make his point. Tennekes and Sanchez-Bayo finally collaborated in 2011 to reiterate the points made above and argued that neonicotinoids are far more dangerous than other insecticides of higher toxicity. This is a key point because the neonicotinoids have replaced insecticides (such as synthetic pyrethroids) of very high aquatic toxicity.

A more recent study has indeed linked neonicotinoids, the best-selling insecticides in the world, to declining populations of insect-eating birds. Researchers in the Netherlands (Hallmann et al., 2014) combed through the results of years of local water-quality measurements and breeding-bird surveys and then compared concentrations of imidacloprid, the most widely used neonicotinoid, with population trends for 15 Old World songbirds that either depend on insects during the breeding season or eat nothing but insects year-round. The results, write the investigators, “suggest that the impact of neonicotinoids on the natural environment is even more substantial than has recently been reported and is reminiscent of the effects of persistent insecticides in the past.”

Fourteen of the 15 species — including Eurasian Skylark (Alauda arvensis), Barn Swallow (Hirundo rustica), Yellow Wagtail (Motacilla flava), Common (European) Starling (Sturnus vulgaris), Common Whitethroat (Sylvia communis), and Mistle Thrush (Turdus viscivorus) — had a negative response to the imidacloprid concentrations. The surface-water concentration above which bird populations declined was only 19.43 nanograms per liter. In areas where measured concentrations were above this threshold, the researchers report, populations fell an average of 3.5 percent annually.

Entomologists from Krefeld, Germany performing an inventory of insects showed that since 1989 the amount of insects in two places in the nature reserve Orbroicher Bruch have fallen by more than three-quarters. The researchers have performed the measurements in exactly the same way as performed in 1989; in the same place, according to the same method and by the same people (reports in German and English attached). "So the data can be reliably compared", the entomologists emphasize. Two Malaise insect traps were placed in a pasture about 50 meters from each other over a period of many months to catch and weigh insects. Whereas in 1989 1.4 kg of insects were captured in this way, now less than 300 grams were recovered. This dramatic decline has serious consequences for the ecosystem: all insect-eating animals are threatened with extinction and eco-system services, including pollination, decomposition processes or soil fertility, will come under serious threat.

The data from Krefeld are consistent with the Tennekes thesis of 2010 that the widespread use of neonicotinoid insecticides in agriculture will wipe out insects. Tennekes pointed out in his book that two-thirds of ground beetles had disappeared in less than two decades from the Dutch heathland reserve Dwingelderveld.

Maus, C. and R. Nauen. 2011. Response to the publication: Tennekes, H.A. (2010):The significance of the Druckrey–Küpfmüller equation for risk assessment—The toxicity of neonicotinoid insecticides to arthropods is reinforced by exposure time. Toxicology 280(3): 176-177.

Tennekes, H.A. 2010b. The significance of the Druckrey–Küpfmüller equation for risk assessment —The toxicity of neonicotinoid insecticides to arthropods is reinforced by exposure time. Toxicology 276:1-4.

Tennekes, H.A. 2011. The significance of the Druckrey–Küpfmüller equation for risk assessment —The toxicity of neonicotinoid insecticides to arthropods is reinforced by exposure time: Responding to a Letter to the Editor by Drs. C. Maus and R. Nauen of Bayer Crop Science AG. Toxicology 280(3): 173-175.

Mineau & Palmer 2013 The Impact of the Nation’s Most Widely Used Insecticides on Birds.pdf
Orbrioch Nature reserve.pdf 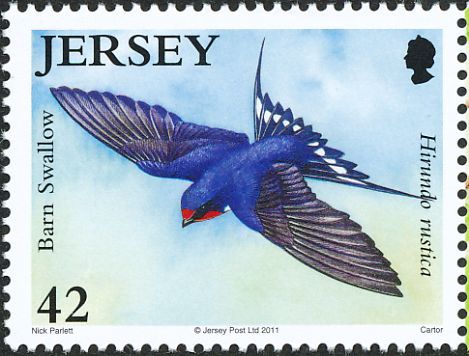