Little is really known about the total numbers of insect species our planet holds and it is estimated that only between 10 and 20 per cent of insect and invertebrate species have been classified and named. We may well ask ourselves as to why the world’s insect population is declining with some species facing extinction? Habitat loss through urban encroachment on the countryside plus agricultural developments, pollution, climate change, and invasive species that show no respect for manmade borders together with the ever-increasing use of pesticides, insecticides, and herbicides have all contributed to the loss of insect life.

Whilst pesticides may be the only way of controlling agricultural pests they often harm non-target species many of which are beneficial to farmers. Pesticides find their way into rivers thus killing many species of beetle and dragonfly, leading to a decline in river fish populations. As insect populations fall, so bird numbers also fall.

Twenty-five years ago 950,000 species of insect had been described. Currently, it is estimated that there are between, approximately 3.6 and 10 million species of insect but the rate at which insect habitats have been destroyed since the Industrial Revolution suggests that many insect species have become extinct without us even knowing that they ever existed!

On Feb 10 this year, researchers at the University of Helsinki issued a paper warning humanity about worldwide insect decline and offered sound practical solutions “to mitigate an insect apocalypse”. Such measures included the infrequent mowing of lawns and meadows, thus allowing the grass and other plants to grow and insect life to proliferate. Other suggestions included planting native trees, avoiding pesticides, leaving old trees, stumps, and dead leaves all of which attract various forms of insect life. Perhaps we all like to tidy our gardens too frequently.

Exactly a decade ago, a most stimulating paper based on the extensive research by Dr Arthur Chung, Richard Majapun, Dr Reuben Nilus, and Frederick Kugan of the Sabah Forestry Department was published. Entitled ‘Insect diversity within the Heart of Borneo in Sabah’, this paper described in detail the ecological significance of insects in the rainforest ecosystem highlighting the importance of the role of insects in the natural world. Such an erudite account of many insect species confined to Borneo Island must provide a stimulus to all young local and budding entomologists.

WE tend to have mixed feelings in our views of insects, which account for 75 per cent of all animal species on earth. Certainly, there are human threatening species, among which and in particular, spiders, scorpions, and centipedes provide life threatening dangers. Our own survival and our own economies depend upon some insect species and nowhere more important than in their ecological significance in the Bornean rainforest ecosystem as decomposers, pollinators, defoliators, recyclers of dead plants and animals, and animal dung. 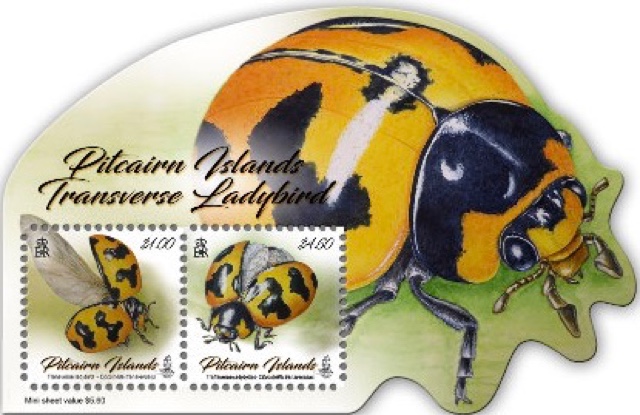