The Environmental Audit Committee held its first and second public evidence hearings of its inquiry, Insects and Insecticides. In the morning evidence session, the Committee identified the key issues in relation to insects and insecticides with campaigners and farmers’ representatives. Topics for discussion included the current regulatory regime for pesticides, the decline of insect pollinators in the UK, organic alternatives to pesticides and the practical consequences of a hypothetical ban on the use of neonicotinoid insecticides. In the afternoon session, the Committee explored the latest scientific research on insects and insecticides with a panel of scientists who are currently active in the field. This session focused on the latest research on the effect of neonicotinoid insecticides on bees.
Transcripts :
http://www.publications.parliament.uk/pa/cm201213/cmselect/cmenvaud/c66…
http://www.publications.parliament.uk/pa/cm201213/cmselect/cmenvaud/c66…
http://www.publications.parliament.uk/pa/cm201213/cmselect/cmenvaud/c66…

The meetings took place as follows: -

1) MORNING: 9.40 am on Wednesday 21 November in Committee Room 8, Palace of Westminster
.
Witnesses

AND
2) AFTERNOON: 3.05 pm on Wednesday 21 November in Committee Room 8, Palace of Westminster

The Committee will examine the possible human health implications of the application of pesticides, including neonicotinoids.

• Georgina Downs, UK Pesticides Campaign
The public oral evidence session planned for Wednesday 19 December at 9.35am has been postponed.
The Environmental Audit Committee (Wednesday, 30 January 2013, at 2.15pm) prepares to give its view on whether neonicotinoid pesticides should be banned. The German chemical giant Bayer is summoned back to Parliament to explain inconsistencies in its previous evidence on how long they can linger in the environment. Neonicotinoids were recently branded an 'unacceptable' danger to bees by the EU Food Safety Authority. The committee has taken extensive evidence on this issue and seems likely to recommend a ban
Watch the Session of Wednesday 30 January, 2013:
http://www.parliamentlive.tv/Main/Player.aspx?meetingId=12447
The Environmental Audit Committee will hold its penultimate public evidence hearings of its inquiry, Insects and Insecticides at 2.15 pm on Wednesday 6 February in the Thatcher Room, Portcullis House.

The Committee will hear evidence from Herman Fontier from the European Food Safety Authority on EFSA’s work on neonicotinoid insecticides, including the publication of its ‘risk assessment for bees’ on 16 January. The Committee will also hear from agronomists from Agrii and Prime Agriculture on the advice given to farmers about the economic and environmental considerations for using pesticides. And Georgina Downs from UK Pesticides Campaign will give further evidence on the human health implications.

The Environmental Audit Committee considers the extent to which the policies and programmes of government departments and non-departmental public bodies contribute to environmental protection and sustainable development, and it audits their performance against any sustainable development and environmental protection targets. Unlike most select committees, the Committee’s remit cuts across government rather than focuses on the work of a particular department.
Source: http://www.parliament.uk/eacom
Specific Committee Information: eacom@parliament.uk/ 020 7219 5776/ 020 7219 6150

Publications / Reports / Reference Material: Copies of all select committee reports are available from the Parliamentary Bookshop (12 Bridge St, Westminster, 020 7219 3890) or the Stationery Office (0845 7023474). Committee reports, press releases, evidence transcripts, Bills; research papers, a directory of MPs, plus Hansard (from 8am daily) and much more, can be found on www.parliament.uk

Attached is the House of Commons Environmental Audit Committee written evidence published prior to their Select Committee to be held on Wednesday 21st November 2012. Please note submission number 5 in particular. This has been compiled as a result of a 2-year global campaign by an underground network of beekeepers, scientists, farmers and conservationists. The authors merely acted as 'scribes'. They acknowledge an enormous debt of gratitude to these organisations/individuals that have supplied them with the evidence that they needed to expose the Agrochemical Industry, their lobbyists, the Environmental Protection Agencies and the Science Media Centre. In particular, to Dr Henk Tennekes, who has sacrificed his career to speak out.
There is incontrovertible proof by independent scientists that these chemicals are striking at the very foundation of life; the invertebrates. Human lives are being affected because they are so widespread. They are the silent killers. Science has been distorted by the Regulatory Agencies around the world. Many civil servants in the UK and Europe now serve the pesticides industry. Even prestigious journals and reputable organisations have fallen prey to their malign influences. No-one can escape this chemical destruction of life. There is no protective magic bullet. It is now up to Parliament and the Media to decide. Are the public to be informed or will the truth continue to be suppressed? Will Big Corporations be allowed to rule the world and destroy it in the process? Will human health and global biodiversity continue to be sacrificed? Are our children's futures to be mortgaged for money and the false promises of "science."
Authors:
Dr Rosemary Mason, MB ChB FRCA, Former Consultant Anaesthetist and Palle Uhd Jepsen, Former Senior Adviser to the Danish Forest and Nature Agency.

A restriction or ban on the use of neonicotinoid seed treatments in the UK could make growing some crops "economically unviable", according to Swiss agrichemical company Syngenta. The warning comes as parliament's Environmental Audit Committee (EAC) hears evidence this week (28/11/12) for and against the retention of neonicotinoid pesticides, which have been linked to bee colony collapse. In September, DEFRA rejected calls for a ban on neonicotinoids, saying despite numerous studies, there was no "unequivocal" evidence they were harmful to bees or other pollinators - even though they had been banned in other countries, including France and Germany. Amid increasing pressure from conservation groups, DEFRA secretary Owen Paterson has asked government officials to examine the practical consequences of a ban or restriction over the use of neonicotinoid pesticides. Syngenta, which is due to submit evidence this week to the EAC panel, said the potential loss of its neonicotinoid seed treatment Cruiser OSR would be a "devastating blow" to farmers.
Source: Farmers Weekly, 27 November 2012
http://www.fwi.co.uk/Articles/27/11/2012/136436/Syngenta-urges-MPs-to-f…

What is the penalty for lying to MPs in a Select Committee?

1. Dr Julian Little said that the half life in soil of imidacloprid and clothianidin was 16-200 days. The Footprint Database: International Union of Pure and Applied Chemistry [IUPAC] data for clothianidin quotes 13-1386 days depending on the type of soil. In fact, in a 2005 US EPA doc, in one soil, the extrapolated half-life was 6,932 days, (although a decision was made to ignore the highest figure). However, lack of degradation of clothianidin in one soil type was confirmed by the Australian Pesticides and Veterinary Medicines Authority (APVMA).

2. The three industry representatives assured MPs that water monitoring took place in Europe and that the measurements never exceeded 0.1μg/l.
In fact, none of the five neonicotinoids licensed for use in the UK is monitored because it is not a statutory requirement under the European Water Frame Directive. At the latest EU Committee meeting on Water Policy on 25/04/2012, no changes were made. However the Dutch Water Boards are measuring imidacloprid levels in surface water. They increased from 2003 to 2008, in some areas sometimes up to more than five times the Maximum Tolerable Risk (MTR) (the level at which the species in an ecosystem are safe from effects caused by the substance). The increases were most noticeable in the regions where horti- and agriculture are concentrated. Van Dijk showed a decreasing abundance of Diptera (flying insects) with increasing imidacloprid concentrations.
According to (EC) 1107/2009 clothianidin should never have been registered because it failed to fulfil the EU criteria for half-life in soil; this should be no greater than 120 days. However, when the matter was raised in the European Parliament, it was rejected because clothianidin had been registered under the old regulations 91/414/EEC, which made no reference to any such limits on registered pesticides.
The US EPA (USGS NAWQA) doesn't measure them either. However, New York State had been concerned about levels the late 1990s. In 2003, because levels in private wells, at golf course monitoring wells and near trees that had been treated with imidacloprid injection, were increasing (up to 6 ppb), the State severely restricted the use of imidacloprid and did not register clothianidin.

3.“Australian bees are the healthiest in the world because they have no Varroa”. Bayer CropScience said it in November 2011 in the Sunday Times. This time it was Syngenta’s turn to repeat the mantra. Again it is completely untrue. An Australian beekeeper in our group said that agriculture had gone from using only small amounts of neonicotinoid pesticides to the current 85% on crops, in less than 12 years. He said that beekeepers used to love putting their hives on canola (oil seed rape); now there have been so many disasters with disappearing or dying bees, that many have taken their hives as far away as possible. One beekeeper said “the last couple of years we have stayed away from canola and we’ve had the best bees for years.

If Bayer and Syngenta can lie about facts, one has to doubt the truth about anything that was said that afternoon, or at anytime. It was outrageous that so much time was wasted listening to the fabrications of the industry, that Georgina Downs was barely able to get started on her account of the devastating effects that pesticides are having on human health before the MPs had to rush off to a division. May be it was a deliberate strategy on the industry scientist's part, to prevent the public learning the truth: that it is not just about bees. Humans are being affected as well because the chemicals are everywhere. They are persistent in the environment. As well as on crops, they are in homes and gardens, amenity areas, golf courses and sports fields.Beekeepers cannot protect their bees, and pregnant mothers cannot avoid exposure of the foetus to these neurotoxins at the stage at which the foetal brain is barely the size of that of an insect's brain, because they have no idea where they are.

I hope that the fact that the pesticide scientists have lied will be made public. It must be reported in the press. When is the public going to be told the truth about these neurotoxins that are building up in the environment and are having genotoxic and teratogenic effects on us and our children? The media have been silent. Are they protecting the industry or are they afraid of it? If after Leveson they are demanding freedom to report the truth, then they must accept their responsibility to the public.
Authors:
Dr Rosemary Mason, MB ChB FRCA, Former Consultant Anaesthetist and Palle Uhd Jepsen, Former Senior Adviser to the Danish Forest and Nature Agency. 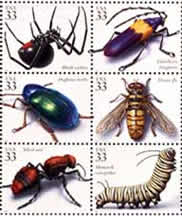