Immunosuppression by Neonicotinoids? - White Nose Syndrome in Hibernating Bats in the US

We have been pondering on the significance of the laboratory evidence from Bee Researchers in France and the US that the administration of tiny amounts of a systemic neonicotinoid, imidacloprid, to bees was associated with a weakening of bee immunity, such that they became more susceptible to bee diseases. and decided to look more closely at the patterns of recent deaths/epidemics in the UK, Europe and the US, involving a variety of other wildlife. It was 2006 when White Nose Syndrome (WNS), a virulent and fatal fungus disease of hibernating bats, came to the attention of ecologists [1]. It was first found in a cave in New York State in the 2005/6 winter and rapidly spread through the north-eastern states. A powdery white nose tip was pathognomonic of the disease and when the powder was cultured a fungus, Geomyces destructans was grown. This infected the skin and wing membranes of bats and was associated with unprecedented numbers of deaths. It affected six different species of bat.

The mortality in a colony could be up to 95% and it was reported that 1 million bats had died since 2006. Alan Hicks of the New York State Department of Environmental Conservation said that it was “the gravest threat to bats… ever seen”. Bats with WNS use up their fat stores too quickly and cannot produce the energy they require. They exhibit unusual winter time behaviour, such as flying out of caves in the daytime when there are few insects available; they become disorientated, dehydrated and eventually starve to death. In August 2010 Frick et al., using a combination of existing field data on hibernacula counts, rate of spread of the disease and mathematical models, predicted that regional extinction of the little brown bat in the north-eastern US was likely to occur [2]. A map showed the rapid extension of WNS, year by year, starting in New York State and spreading throughout the north-eastern and Mid-Atlantic regions and into Ontario and Quebec in Canada. The abstract stated that: “Novel diseases can have serious impacts on naïve wildlife populations, which in turn can have substantial impacts on ecosystem integrity”. The nocturnal ecosystem services provided by bats are invaluable and include insect control, pollination and seed dispersal. In December 2010, a cull was considered, but rejected. By February 2011, Foley et al. in Conservation Biology reported that the eastern disease was beginning to spread westwards and they eventually expected it to cross the Rocky Mountains and enter California [3]. Various strategies of disease management and control were considered but most were impracticable. The apparent virulence of the disease and the high mortality suggested that the existence of recovered and immune individuals was unlikely.

Palle Uhd Jepsen, former Senior Adviser in Wildlife Management and Nature Conservation for the Danish Forest and Nature Agency, Ministry of the Environment. Research on the feeding ecology of goldeneye. Before his retirement he was a member of the Danish Delegation on the Ramsar Convention on Wetlands, International Whaling Commission, Bonn Convention on Migratory Species, ASCOBANS (Agreement on Conservation of Small Cetaceans in the Baltic and North Sea) and Wetlands International. Adviser on Site Management for International Projects in Thailand, Malaysia, Belarus, Northern Ireland and Estonia. Author of several books on natural and cultural history in Denmark; also natural history in the Arctic. 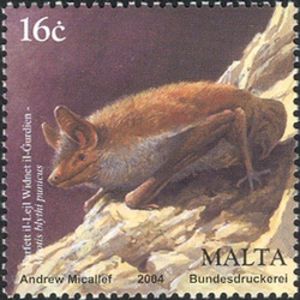