This year marks the 50th anniversary of the publication of Rachel Carson's Silent Spring, the book responsible for the onset of the environmental movement, which led to the banning of the pesticide DDT a decade later. What many people don't realise is that in 2012 we are exposed to more toxic chemicals than ever before, in spite of legislation enacted to control it. In the US, chemicals like PCBs, solvents and adhesives are regulated under the Toxic Substances Control Act (TSCA) of 1976. But rather than "control" which chemicals are released into the air we breathe, the water we drink and the food we eat, TSCA really just follows them after the fact. When TSCA was enacted, more than 60,000 untested chemicals were present in our environment, and an estimated 8,000-12,000 chemicals continue to be introduced annually, with no requirement that human toxicity or exposure data be provided before the chemical is used. Essentially, we the consumers and citizens are the experimental animals on which these chemicals are tested.

Rachel Carson advocated for a ban on the pesticide because it was interfering with normal bird development and had the potential to harm humans. We all think of DDT as a bad chemical these days. But farmers didn't simply throw out DDT, they replaced it with even more toxic chemicals, called organophosphates, which work like nerve agents because they block an enzyme that is critical for nerve function.

These chemicals, used today on crops such as apples, broccoli and cotton, have been linked with ADHD, lower IQ and other neurological problems in children exposed during pregnancy or early childhood.

We have simply replaced one harmful chemical with a group of even more harmful chemicals. And the pattern continues. Think your water bottles are safe now that they come "BPA free"? BPA has been used to bind plastics for decades but scientific reports suggest harmful reproductive and neurological effects at exposures common to humans. After the FDA banned BPA from baby bottles and child cups, the market took care of the rest, and plastic manufacturers eliminated the substance from their products. But how toxic is the binder chemical they replaced it with? The answer: we simply don't know.

We could ask the same question of the chemicals that replaced PFOA, which was used to make Teflon and which causes breast, testicular and pancreatic cancer in rats. The new chemicals are molecularly identical, just smaller. Think about that next time you reach for a non-stick pan.

As an environmental health researcher who's studied all these chemicals and many more for over the past 25 years, I can say this is an ongoing cycle of toxic exposure that we are doomed to repeat unless we take action to stop it.

The only way to protect ourselves is to reform TSCA so safety testing is required before a chemical can be introduced into manufacturing and our environment. Some may say that we need pesticides and plastics to maintain our modern existence, and that increased regulations would hamper production. Of course, we need some chemicals, but aren't we owed assurance that a product has been thoroughly tested before it contaminates our bodies? Should we continue to be the human guinea pigs on which "nerve agent-like" pesticides are tested?

Without a doubt, the economy and the prosperity of Americans are important issues in 2012; however, we cannot lose sight of the importance of protecting our health from toxic chemicals. The fix is simple. Congress needs to modify an outdated, inefficient law. Find out if your newly elected or re-elected representatives support the Safe Chemicals Act. If they don't, urge them to. Aren't we all entitled to safe water and food for ourselves and future generations? I, for one, am convinced we are.

Dana Boyd Barr is a Public Voices Fellow with The OpEd Project and a research professor at Emory University's Rollins School of Public Health. She is the former director of the Pesticide Laboratory at the Centers for Disease Control and Prevention. 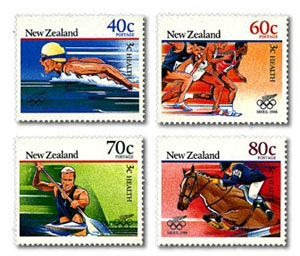