Phil Chandler's audio-interview with Tom Theobald - the Colorado bee-farmer who uncovered the duplicity of the American EPA - in licensing Clothianidin against the official judgement of their own scientific officers. The scientists noted that as a nicotinoid, Clothianidin was 'highly toxic to bees by contact and oral exposure' and that is was 'highly mobile' in soil and groundwater - very likely to migrate into streams, ponds and other fields, where it would be absorbed by wildflowers - and go on to kill more bees and non-target insects like butterflies and bumblebees (attached). They judged it to be many times more toxic than its sister nicotinoid Imidacloprid, which is "7,000 times more toxic to bees than DDT". Despite the strong advice of their own scientists, the American EPA gave Clothianidin a conditional license in 2003 and it was planted on 88 million acres of American maize (corn, sweetcorn). Since 2004 - over a million beehives have died across America - and many science studies point the finger at Clothianidin (and Imidacloprid) , because in the vast monocultural maize prairies of America - bees rely heavily on maize pollen for the protein to feed their young.

The full audio interview can be listened to as a Podcast online at:

The final edited transcript is attached here as a WORD file. See attached.

It can also be accessed online and downloaded from Google Documents Library at the following link:

Graham White, Environmental Author, in 'American Bee Culture': The EPA Fails To Protect Bees Against Neonicotinoids But Fights To Protect The Profits Of Pesticide Companies (attached)

- Clothianidin is expected to dissipate very slowly under terrestrial field conditions, based on the results of five bare ground field experiments conducted in the US and Canada. Half-lives of clothianidin, based on residues in the 0-15 cm soil depth, were 277 days (Wisconsin sand soil, incorporated), 315 days (Ohio silt loam soil, not incorporated), 365 days (Ontario silt loam soil, incorporated), and 1,386 days (North Dakota clay loam soil, not incorporated), and could not be determined at a fifth site due to limited dissipation during the 25-month study (Saskatchewan silty clay loam soil, incorporated). Incorporation did not appear to be a significant factor in determining the rate of dissipation. Clothianidin was generally not detected below the 45 cm soil depth except at one site, where it moved into the 45-60 cm depth. No degradates were detected at >10% of the applied, and degradates were generally only detected in the 0-15 cm soil layer. However, in many cases most of the parent remained untransformed at the close of the study; further accumulation of degradates could have occurred. Two studies were conducted to investigate leaching of clothianidin under field conditions. These studies were conducted in the Federal Republic of Germany and were apparently designed to fulfill certain European regulatory requirements. In these monolith lysimeter studies, 42 to 59% of the applied remained in the soil approximately 3 to 4 years following the first of two applications, and residues were primarily undegraded clothianidin.

- Direct contact and dietary exposure studies of honeybees indicate that clothianidin is highly toxic to honeybees (acute contact LD50 = 0.0439 µg/bee and acute oral LD50 = 0.0037 µg/bee). There is the potential for toxic exposure to honeybees, as well as other nontarget pollinators, through the translocation of clothianidin residues in nectar and pollen. In addition, studies indicate that clothianidin residues may affect foraging behavior. Data from studies determining the toxicity of residues on foliage indicate that clothianidin should not be applied to blooming, pollinating or nectar producing parts of plants because clothianidin will remain toxic to bees for days after a spray application. In honey bees, the effects of this toxic exposure may include lethal and/or sub-lethal effects in the larvae and reproductive effects to the queen. The field study EFED is requesting should resolve uncertainties dealing with clothianidin’s affects on bees. Clothianidin’s major risk concern is to nontarget insects (that is, honey bees). EFED expects adverse effects to bees if clothianidin is allowed to be sprayed on blooming, pollen-shedding, or nectar producing parts of plants. Although EFED does not conduct a risk quotient based risk assessment on non target insects, information from standard tests and field studies, as well as incident reports involving other neonicotinoids insecticides (e.g., imidacloprid) also suggest the potential for long term toxic risk to honey bees and other beneficial insects. Further studies may be needed to determine toxicity to honeybees from granular, seed treatment or foliar spray applications.
- The available data on clothianidin shows that the compound is relatively persistent to very persistent under most circumstances. Clothianidin is stable to hydrolysis at all pH's at environmental temperatures, moderately to highly stable under aerobic soil metabolism conditions (half lives range from 148 to 6,900 days).....Certain degradates appeared to accumulate in some soils under some conditions; over the very long term significant contamination of soil and water with these products might occur. The terrestrial field dissipation studies confirm the findings in the laboratory studies. Clothianidin was found to be persistent in the field (half lives of 277 days, 1,400 days, and too high to calculate).
- The Agency acknowledges that pesticides have the potential to exert indirect effects upon the listed organisms by, for example, perturbing forage or prey availability, altering the extent of nesting habitat, and creating gaps in the food chain 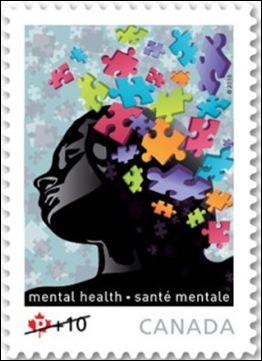