Top 20 Common US Birds in Decline

The National Audubon Society has identified more than 20 US birds, once common, whose numbers have plummeted since the mid-1960s. All 20 birds on the national Common Birds in Decline list lost at least half their populations in just four decades.

GRASSLAND BIRDS:
- Eastern Meadowlark Sturnella magna: Characteristic of grassy fields and prairies, the population of Eastern Meadowlarks has declined by 66% to about 10 million individuals. They mainly eat arthropods, but also seeds and berries.Like many grassland birds, meadowlarks are threatened by changes in farming.
- Bobolink Dolichonyx oryzivorus: The population of the Bobolink, which nests in hayfields and other northern U.S. grasslands, has fallen to about 11 million birds—half its earlier numbers. Bobolinks forage on, or near the ground, and mainly eat seeds and insects.
- Short-eared Owl Asio flammeus: This owl no longer nests in many of the grasslands where it used to breed, and its population has decreased by 69 percent, to about 2.4 million birds.
- Greater Prairie-Chicken Tympanuchus cupido: The Greater Prairie-Chicken has disappeared completely from many states; in only a few of them are the 700,000 birds left stable or increasing in population.Their diet consists primarily of seeds and fruit but during the summer they also eat insects and green plants.
SHRUBLAND BIRDS:
- Northern Bobwhite : Numbers of this bird have dropped by more than two-thirds, to about 9 million individuals; it has mostly vanished from the northeastern states. The Northern Bobwhite's diet consists of seeds, and insects that vary with the season.
- Painted Bunting Passerina ciris: This colorful bunting is also a target of the caged-bird trade, exacerbating the problem of habitat loss. Its population has dropped by half, to 4.5 million birds. The Painted Bunting eats seeds, spiders, insects, and caterpillars.
- Florida Scrub-Jay Aphelocoma coerulescens: Because of burgeoning suburbs, there are only about 10,000 Florida Scrub-Jays today, less than 10 percent of the pre-European population. Florida Scrub-Jays are omnivorous, and eat a wide variety of acorns, seeds, peanuts, insects, tree frogs, turtles, snakes, lizards, and young mice.
WOODLAND BIRDS:
- Pine Siskin Carduelis pinus: While this finch is still common at many backyard feeders, its numbers have dropped by more than half, to about 22 million birds. They mainly eat seeds, plant parts and some insects.
- Wood Thrush Hylocichla mustelina: Today Wood Thrushes, known for their beautiful song, number 14 million—about half as many as there were 40 years ago. Soil invertebrates and larvae make up most of the Wood Thrush's omnivorous diet, but it will also eat fruits in the late summer, fall, and late winter.
- Cerulean Warbler: Threatened by mountaintop mining in Appalachian forests, this bird has seen its population—about 560,000—drop to less than a quarter of what it was. These birds mainly eat insects.
WATER BIRDS:
- Northern Pintail Anas acuta: Even as other duck species are rebounding, this elegant dabbler has declined by 63 percent, to 7.5 million individuals. During the nesting season, this bird eats mainly invertebrate animals, including aquatic insects, molluscs and crustaceans.
- Black Oystercatcher Haematopus bachmani: Though its rate of decline is unknown, this bird of western rocky coasts is sensitive to disturbance, and now numbers fewer than 9,000. It forages in the intertidal zone, feeding on marine invertebrates.
URBAN BIRDS:
- Common Nighthawk Chordeiles minor:Though able to breed on city rooftops throughout North America, this species’ population has dropped by half, to about 11 million birds. Common Nighthawks catch flying insects on the wing, mainly foraging near dawn and dusk.
- Chimney Swift Chaetura pelagica: This swift nests in yards and chimneys across the eastern United States, yet its population has plummeted 44 percent, to about 15 million birds. These birds live on the wing, foraging in flight. They eat flying insects.

6 Pinyon Jay Gymnorhinus cyanocephalus: -82.5%; 2003 population estimate: 4,100,000. The seed of the Pinyon pine is the staple food but they supplement their diet with fruits and berries. Insects of many types are also eaten and sometimes caught with its feet

North American bird species undergoing the greatest population declines from 1966 to 2003, Species with small sample sizes (fewer than 96 but more than 19 routes included in the analysis):

9 Purple Gallinule Porphyrio martinica: -77.9%; 2003 population estimate: < 500,000. The diet is omnivorous, being known to include a wide variety of plant and animal matter, including seeds, leaves and fruits of both aquatic and terrestrial plants, as well as insects, frogs, snails, spiders, earthworms and fish.

The following species face the highest possible threats to survival, according to the bird conservation initiatives (Partners in Flight, U.S. Shorebird Council, Waterbirds for the Americas):

GRASSLAND BIRDS
Eskimo Curlew Numenius borealis. They ate mostly berries while on the fall migration in Canada. During the rest of their migration and on the breeding grounds they ate insects. Snails and other invertebrate were also part of their diet during migration.

SHRUBLAND BIRDS
Gunnison Sage-Grouse Centrocerus minimus. These birds forage on the ground. They mainly eat sagebrush, but also insects and other plants.
Lesser Prairie-Chicken
Black-capped Vireo Vireo atricapilla. These birds are insectivorous, with beetles and caterpillars making up a large part of the diet.
Florida Scrub-Jay 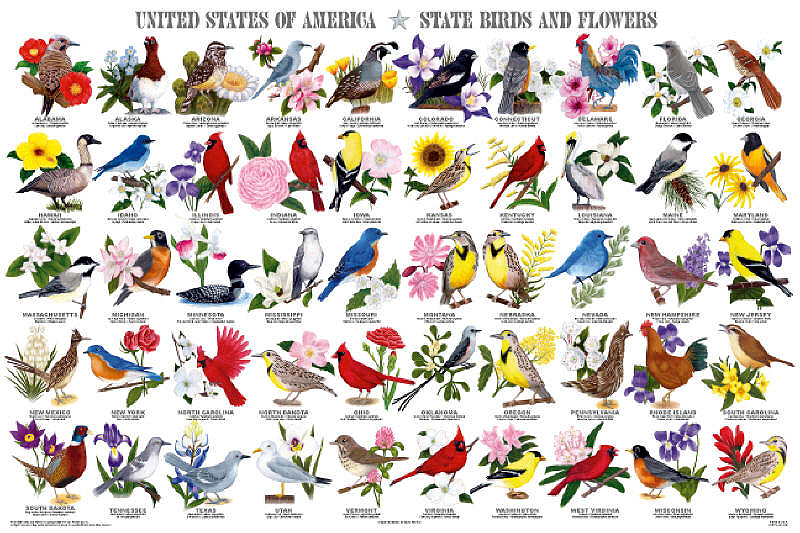