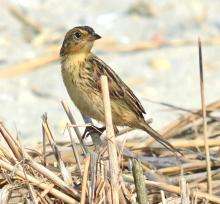 The saltmarsh sparrow (Ammodramus caudacutus) is disappearing from its home on the East Coast and could be headed for extinction, say scientists whose work could help protect the little birds. The sparrows, which weigh about half an ounce, live in coastal areas from Maine to Virginia during the breeding season and migrate farther south in the winter. Researchers with a group of universities have been tracking them for several years and reported this month that eight out of every 10 of the birds has disappeared in the past 15 years. 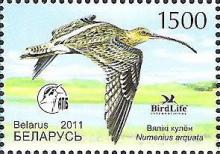 ONE of the many pleasures of living in the Yorkshire Dales area is the arrival of Europe’s largest wader bird, the curlew. This exotic-looking visitor is one of the most recognised birds in UK, found in upland and coastal habitats. The curlew’s most distinctive feature is the long down-curving bill (the first part of its Latin name ‘Numenius Arquata’ translates as crescent moon), that it uses to probe the ground for worms and insects. Before you see your first curlew of the season, you will probably hear their distinctive bleating call that gives the bird its common name. The Yorkshire Dales and surrounding areas is home to around 4,000 breeding pairs. This accounts for about six per cent of the total 68,000 pairs breeding in the UK each summer. It came as a shock then, to discover that the curlew has recently been identified as one of the UK’s most rapidly declining breeding bird species. The British Trust for Ornithology have launched a Curlew Appeal to identify the causes of these declines.

It’s a sure sign of spring when the chorus of songbirds once again returns to our region. Recent mornings, I’ve awoken to the sounds of robins chirping, the tune of a white-throated sparrow and the gentle cooing of morning doves. The silence of the winter has broken. Imagine for moment if that winter silence continued into spring and summer. Unfortunately, it’s a scenario that could very well unfold as we’ve seen sharp declines in the number of songbirds over the past few decades. Birdsong that has graced the Earth for millions of years, and for all of human history, could soon be stilled in a human-made perfect-storm of negligence and unintended consequences. A film that was shown on CBC-TV last week, Song Bird SOS, shines light on the ever-growing decline of songbirds, and outlines some of the potential causes. You can view the documentary at cbc.ca. 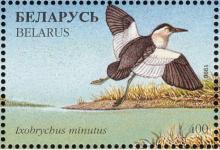 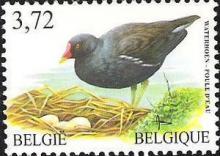 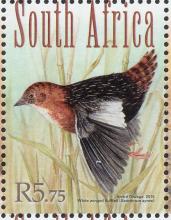 The White-winged Flufftail, one of Africa’s rarest birds, is on the verge of extinction, conservation body the IUCN warned on Tuesday. The White-winged Flufftail (Sarothrura ayresi) has been listed as critically endangered, putting it on the edge of the extinction abyss. The small, secretive bird is found in Ethiopia, Zimbabwe and South Africa. It feeds on seeds and vegetation as well as insects, spiders, earthworms, small frogs and small fish. The stomach contents of a deceased chick included coleoptera (Dystiscidae) imagines, Diptera larvae (Tipulidae and Tabanidae), and the remains of small crustaceans.