Lightning-fast little blue heron could disappear in a flash

A slender shorebird stood motionless in the shallow reflecting water. Its dark blues and purples seemed to emerge from the grasses themselves. Slowly, the neck and head began to sway slightly. The scene was hypnotic. A lightning flash of action broke the spell. The dagger-like bill of the little blue heron (Egretta caerulea) had snatched an unsuspecting fish. After a vigorous shake, the bird gulped down its dinner. The frenzy of action lasted just a few seconds. Little blues prefer shallow, quiet waters for hunting. The water can be saline like the marsh I was standing in or fresh. Besides marshes, little blues can be found in ponds, streams, drainage ditches, canals, tidal flats and flooded fields.

In addition to small fish, little blue herons eat small crabs, grasshoppers, dragonflies and the like.

A perfect fit for its name, the little blue heron stands just 2 feet tall. The body, wings and tail are a uniform slate blue. Even the bill is blue at its base before it turns black at the tip. In the perfect light of this afternoon, the slender neck and head were purple-brown. Yellow eyes provided spots of visual variety. The relatively long legs were greenish.

Juvenile little blues start with nearly all white coloration; only outer primary feathers are a dusky gray. As youngsters, they closely resemble snowy egrets without the yellow feet. As little blues molt into adults, the whites are gradually replaced by blue, giving the intermediate birds a piebald look.

As adults, snowy egrets often aggressively chase off their adult cousins. Being white, though, the young little blues mix easily with feeding flocks of great white egrets, snowies and ibises. The flock, especially the bigger birds, make the juvenile little blues less subject to predation. Snowies chase them off only after they have assumed their adult coloration. Not surprisingly, little blues generally become solitary feeders, often standing alone as I had just witnessed.

The Little Blue Heron is a common but inconspicuous resident of marshes and estuaries in the Southeast. They stalk shallow waters for small fish and amphibians, adopting a quiet, methodical approach that can make these gorgeous herons surprisingly easy to overlook at first glance.

Little blue heron nests are built in rookeries, often with other waterbirds like ibises, herons and pelicans. The little blue’s nest is constructed largely by females in short trees or shrubs, often on small islands to protect them from land-based predators. The breeding pair produces a single brood annually, usually three or four chicks. If food is scarce, larger nestlings may kill their siblings to assure adequate food for themselves.

After breeding, birds may continue to move north during our summers. At one time, the northern limit of the little blue heron’s range seemed to be the Chesapeake Bay. Now, even as its numbers continue to decline, the bird is recorded regularly as far north as the Canadian Maritimes as climate change and limited habitat force the birds into new territory.

The birds retreat to their winter habitat in the fall and are rarely seen in the Chesapeake watershed after the first week of October.

Little blues have declined by an estimated 55 percent since 1966, according to the authoritative North American Breeding Bird Survey. The bird appears on the 2016 State of North American Birds’ Watch List. The North American Waterbird Conservation Plan now lists the little blue heron as a species of High Concern.

The biggest threats to the species are the loss of appropriate habitat and the human impacts on local water dynamics.

Like other waterbirds, little blues are vulnerable to contamination by pesticides and heavy metals. The species that make up the little blue’s diet ingest these contaminants and concentrate them up the food chain to the birds. Poisoned birds may die outright or fail to reproduce effectively.

Encroaching human developments can be especially disruptive. If disturbed, they may abandon their nests, even with chicks in them. Protecting habitat and improving water quality are essential for the species’ long-term survival.

The breathtaking marshes before me are becoming increasingly scarce. Sea-level rise is inexorably flooding these sites. Human developments, forever pressing in on the edge of water bodies, squeeze these habitat zones into oblivion.

More than little blues are at stake. The abundant biota of these unique systems are threatened, too. And as I stood looking across the indescribable beauty of the marsh, I knew that an essential part of me was at risk as well. Some part of our humanity persists because of these wild places. Let’s be selfish and save the little blues and their irreplaceable habitats.
Source: Bay Journal, September 30, 2016
http://www.bayjournal.com/article/lightning_fast_little_blue_heron_coul…
The Cornell Lab of Ornithology
https://www.allaboutbirds.org/guide/Little_Blue_Heron/lifehistory 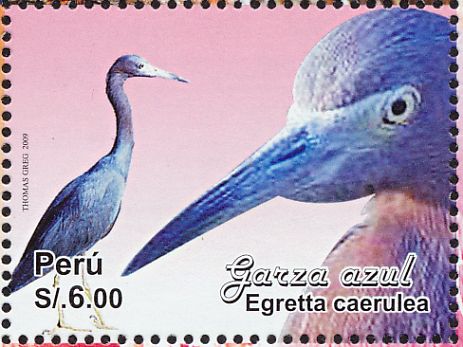